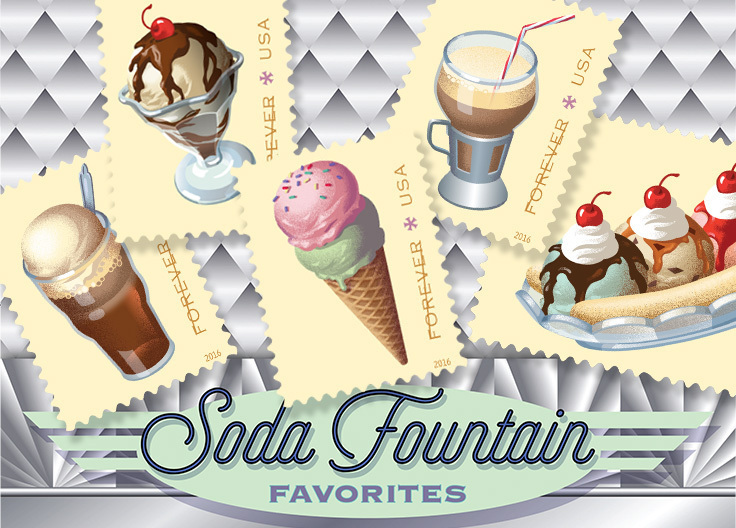 ÃÂ© 2016 USPS
It was a few months after my doctor told me my blood sugar was too high and I had to cut out sweets that the call came in for what would have previously been my dream job to reasearch. Looking at photos of old fashioned ice cream parlors wasn't tough enough for a reformed sugarholic, I decided I needed to see the real stuff in the real glassware.
But how was I going to go to a soda fountain and order five sumptious treats, not eat any of it and leave?? It wasn't hard to find volutneers to save me from going against doctor's orders. We trooped out to Farmacy in Brooklyn and while I took photos and drank a decaf, they dove into dish after dish. Of course, they had to order the flavors I picked based on their color. Not a real hardship.
The booklet's cover has type that I suggested in my sketch and then was asked to work out although I don't usually do that part.
The unveiling will be later this month in Nashville, TN.
more info: http://www.postal-reporter.com/blog/postal-service-to-issue-vintage-soda-fountain-stamps/