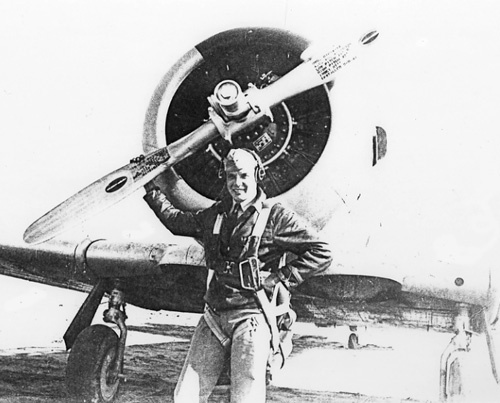 My father grew up on a farm in Pennsylvania. He said he was out in the fields and an airplane went overhead and he found his passion. He was so determined to fly that he and his brother somehow scraped together enough money to buy a small Piper Cub and they built a hangar out of stones from the farm to keep it in. When WWII came, he was doing maintenance on planes in Pearl Harbor, leaving days before it was struck.
He wasn't allowed to fly during the war, so he went to Texas and taught RAF enlistees to pilot planes. He had a ripcord in his bedside table and he'd tell us that it had saved his life when a student crashed the plane they were flying in. The propeller from his Piper Cub was in my closet and I used to love to touch its smooth plied wood.

Dad flew for TWA his entire career and I finally flew as a passenger in one of his planes when I was going to Art Center for the first time. It was also my first flight in a 747 and I was very worried that he wasn't going to get that big heavy thing up into the air. During the flight, he came on the public address and made the usual chatter about the flight time and altitude. A man in the row ahead of me started making fun of his "country" accent. At first I was ashamed of his "tree" instead of "three", but then, if I hadn't been seatbelted in, I was ready to bash this guy over his head and ask him if he'd like to have 400 passengers lives in his hands.

My dad died over 15 years ago. He was a racist and a sexist and I had all sorts of issues with him, but he was a strong, proud man and he was my dad.
Topical: Other Things
Latest
Summertime Super Sweetness Recent Stamps Sunday Biz Making Lace for the Met Museum The Sun Sets on the British Empire: maybe not so much Blockhead For John Exploration How I Spent My Summer: Part Deux How I Spent My Summer: Part 1
Topics
Topics
Illustration Knitting Other Things Studio Tour
Archive
Image Galleries
Illustration Postage Stamps Painting Knitting Embroidery Sketchbook Random Photos
© 2023 Nancy Stahl