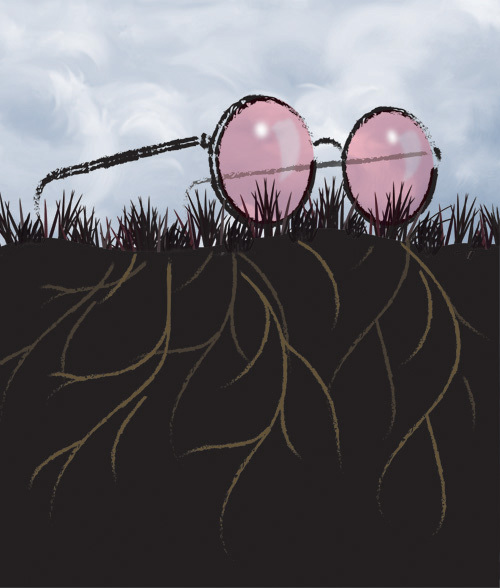 The glasses come off.
Jerelle Kraus included me in an invitation to submit work to a Pen & Brush Club show titled: How will Obama’s election change our world?
With such optimism in the weeks before the inauguration, I found myself naturally gravitating to the opposite position and started drawing broken rose colored glasses. This morning I became determined to finally complete this and started thinking of the glasses coming off but taking root as the work that will trickle down to his supporters (and hopefully non-supporters) starts to be done.