This One's for Paul Rogers 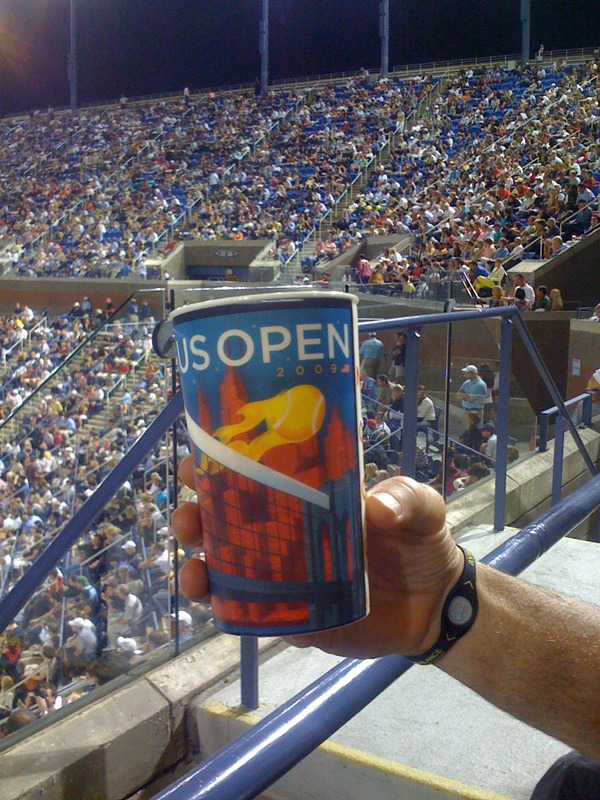 This evening at Flushing Meadows, most people had their eyes on Nadal, Clijsters and Dent but I was looking at all the merchandise that was enhanced by Paul Roger's beautiful image for this year's US Open. And I boasted to anyone who would listen that I knew the illustrator. I even accosted a total stranger and got him to pose holding his cup of beer with a lenticular version of Paul's work.


We watched the Dent match until we felt he no longer needed our cheers, moved on to Clijsters' court just as she won and then witnessed the second and third sets of Nadal vs. Kiefer until we felt that match was securely Nadal's. All three proved us right in bestowing on them our loyalties. 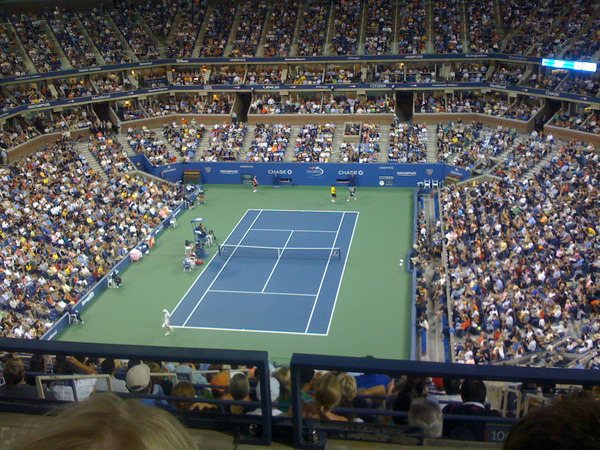 The seats weren't as close as last year, but we had the added excitement of being smack dab in the middle of a crowd yelling in German for Nicholas Kiefer and in Spanish for Rafa Nadal.
Topical: Other Things
Latest
Summertime Super Sweetness Recent Stamps Sunday Biz Making Lace for the Met Museum The Sun Sets on the British Empire: maybe not so much Blockhead For John Exploration How I Spent My Summer: Part Deux How I Spent My Summer: Part 1
Topics
Topics
Illustration Knitting Other Things Studio Tour
Archive
Image Galleries
Illustration Postage Stamps Painting Knitting Embroidery Sketchbook Random Photos
© 2023 Nancy Stahl