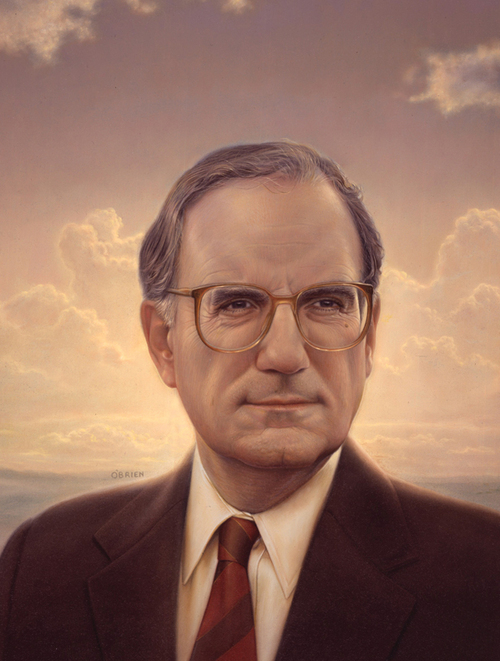 George Mitchell. Looking back at this now, I made his jacked a bit soft and frumpy. I am more aware of such sartorial issues in 2007
Several years ago a series of events made it possible for me to meet and have dinner with former Senator George Mitchell. It was 1999 and I was illustrating full time and training boxers at the Y in Brooklyn. One student was a young woman who was really nice and seemed genuinely interested in learning how to box. I had a large group that I was working with and would spar with them upwards of 15 rounds non-stop. I was loving it. Illustration was also firing on all cylinders and I had done many Time covers and other prominent assignments. Unknown to me this young woman was a writer and was writing an article for the NY Times about my dual passion. She interviewed many people for the article and when it came out, it was great. Out of that I received a huge portrait commission I think because the writer wrote that I had a shamrock tattoo and was 'proudly Irish.' I think because of THAT comment and the quirky nature of my life and career, I was contacted by Irish American Magazine and told that I was named one of 100 top Irish Americans and would I do the cover? I accepted the honor and did a portrait of Senator Mitchell who had just helped push through the peace accord in Northern Ireland. I worked from reference and poured my soul into it. There was a gala on St. Patrick's Day and my wife and I went. I was briefly separated off into a room with the winners. I had a some Irish whiskey with an amazing circle of people; Frank and Malachy McCourt and Pete Hamill and Maureen Dowd just to name a few. I was one of the more civilian choices that year. Conan O'Brien was the famous O'Brien. After that we entered the ballroom where chairs were in rows before a stage and a HUGE reproduction of the cover. I was recognized from the audience as the artist and it was a blast. After it was over and we moved to a dinner, George invited my wife Elizabeth and I to have dinner with him and his wife. He was gracious and curious and talked about being a new father and the joy of that. He commented that he loved the portrait. I sent the piece to the Mitchells and have received a nice Christmas card from them every year. I was inspired to post this tonight after reading of Mr Mitchell in the NY Times and his work with the steroid investigation and report. Not only did he seem to do a thorough job with the investigation but upon releasing it on Thursday, offered this sage advice to Selig: "He recalled his time in Northern Ireland when he recommended that the players named in the report not be punished by Selig, except in the most serious cases. The transgressions are several years old, and more than half of those implicated are no longer active, he said. Ã¯Â¿Â½I learned that letting go of the past and looking to the future is a very hard, but necessary, step toward dealing with an ongoing problem,Ã¯Â¿Â½ Mitchell said." Letting go of the past and looking to the future IS hard but it's the key to a happy life. 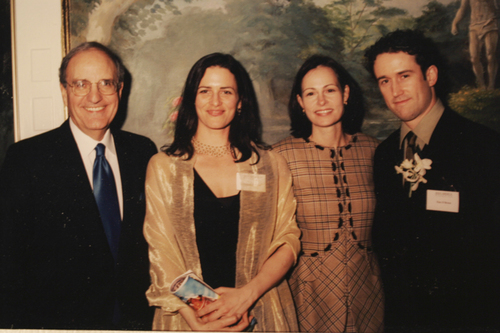