SEPTEMBER 18, 2008
Back on Labor day, September first, the National Labor Federation released it's 2009 calender. I was asked to paint an image for the month of June. The subject is migrant workers in the agribusiness workplace, and the beginning of summer employment. I wanted my illustration to be bright, optimistic, and respectful of these workers. The calender project is to draw attention and support for some of the lowest paying jobs being done. It does seem like a never ending struggle for the dignity of workers. Workers who travel farm to farm during the growing seasons, and harvest. Also included is a past painting done for the National Labor Federation. 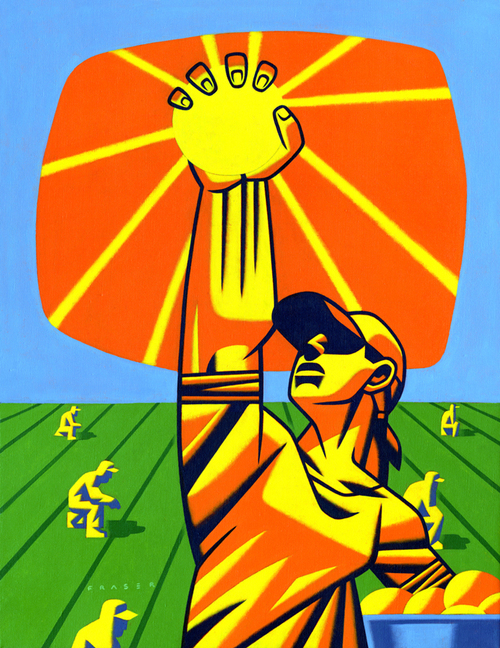 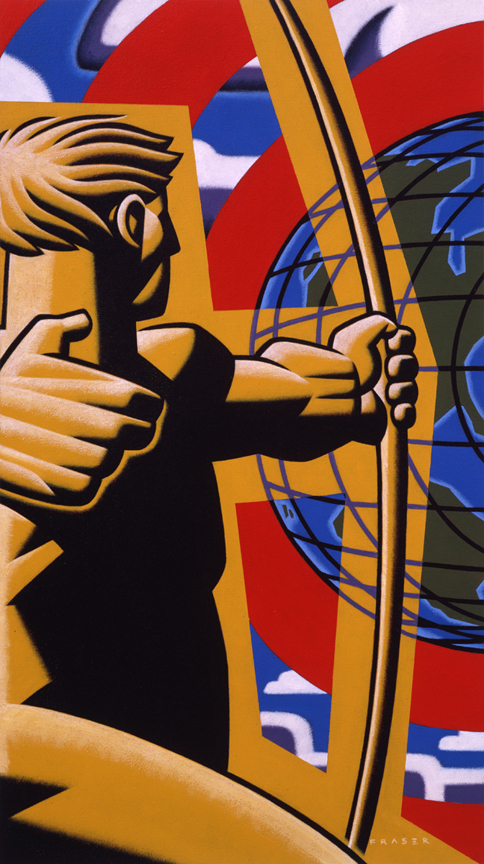