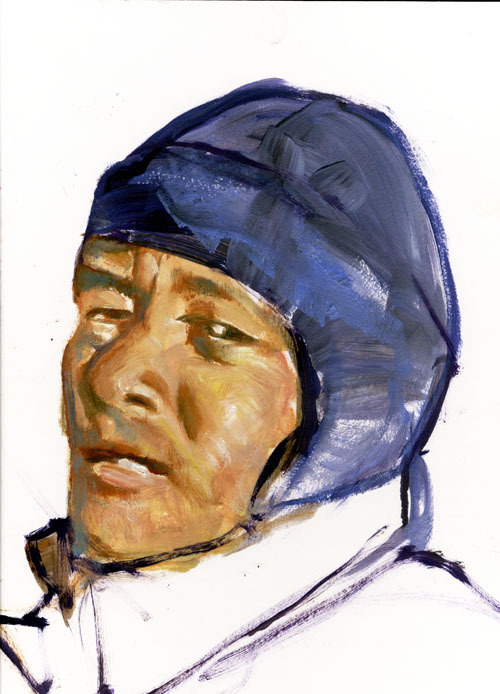 Tenzing Norgay Sherpa
With so much attention paid this week to the passing of Sir Edmund Hillary, I thought it would be interesting to point out that he reached the summit of Mount Everest with another man. Tenzing Norgay, who had come within 800 feet of the summit the previous year, accompanied Hillary to the summit on May 29 1953. The two men made an lifelong pact to never reveal which of them stepped first on the peak. Neither broke the vow. 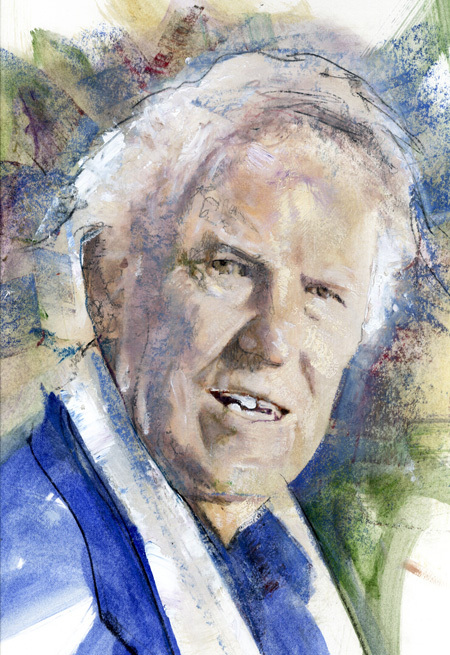 Sir Edmund Hillary
Hillary not only acknowledged his debt to Tenzing and the Sherpas, he spend much of the rest of his life working to improve their living conditions, building schools and medical clinics in remote sites in the high mountain villages.
I have always had a fascination with mountaineering, though I have never done it on any level. But I have always felt that the real hereos of these adventure stories are the Sherpa people for whom mountain climbing is a job fraught with danger.

Note: In 1978 Rienhold Messner made the first ascent of Everest without supplemeentary oxygen, and in 1980 reached the summit solo, the first (and as far as I know the only) climber ever to summit without Sherpa support.
Latest
Some Recent Projects Society of Illustrators- Book and Editorial 2015 Criterion Designs Tom Petty for Rolling Stone UTOPIA Friend of a Friend MICROVISIONS Imagine The Journey: Stacy Tang The Visit
Archive
Image Galleries
illustrations experiments
© 2022 Robert Hunt