APRIL 20, 2009
New York Magazine published an article decades ago stating that there were two tennis courts in Grand Central Terminal. Ever since, I have wanted to see them. The thirty-year lease held by Donald Trump is going to be over in another month or so. Reports are that the area will be used as a break room for Metro-North employees. Others say the lease will be taken by someone else at a more competitive rate (Trump was paying $4 a square foot).  Whatever the fate of the courts, fortune struck and I was asked to sub at a doubles game there this past Saturday.

The courts are on the third floor and sad to say they are pretty unimpressive in their current condition, but this online article by the Municipal Arts Society tells of some previous uses of the space that are. CBS studios taped Edward R. Murrow's news broadcasts, including the McCarthy series, in this space. There once was an artificial ski slope there, too. 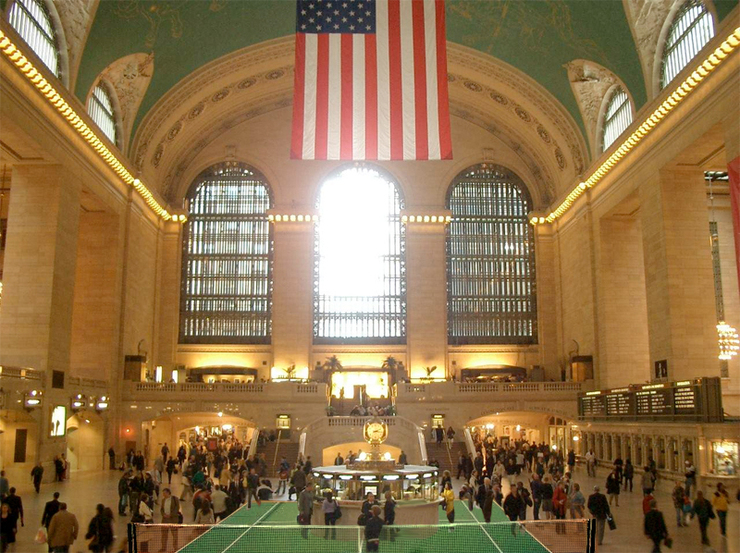 This isn't exactly how it is. (Artistic license at work.) . 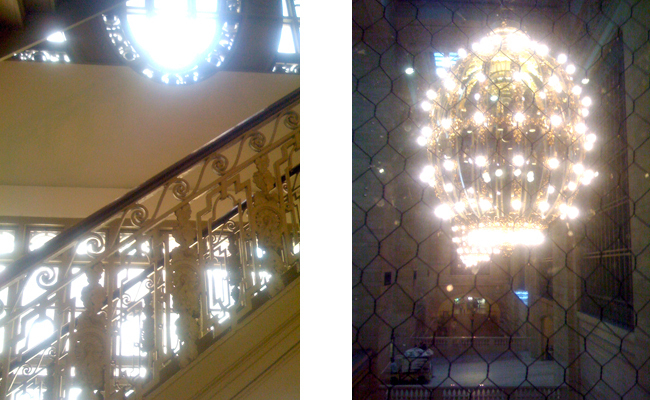 The interior of the tennis club was so drab that I didn't take any photos, plus there wasn't time. On the way out I snapped a picture of the adjacent staircase. Opposite that was an eye level view of one of the chandeliers, its glamour undiminished by the chicken wire embedded in the window. These were from my iPhone, so please forgive the exposures.
Topical: Other Things
Latest
Summertime Super Sweetness Recent Stamps Sunday Biz Making Lace for the Met Museum The Sun Sets on the British Empire: maybe not so much Blockhead For John Exploration How I Spent My Summer: Part Deux How I Spent My Summer: Part 1
Topics
Topics
Illustration Knitting Other Things Studio Tour
Archive
Image Galleries
Illustration Postage Stamps Painting Knitting Embroidery Sketchbook Random Photos
© 2023 Nancy Stahl