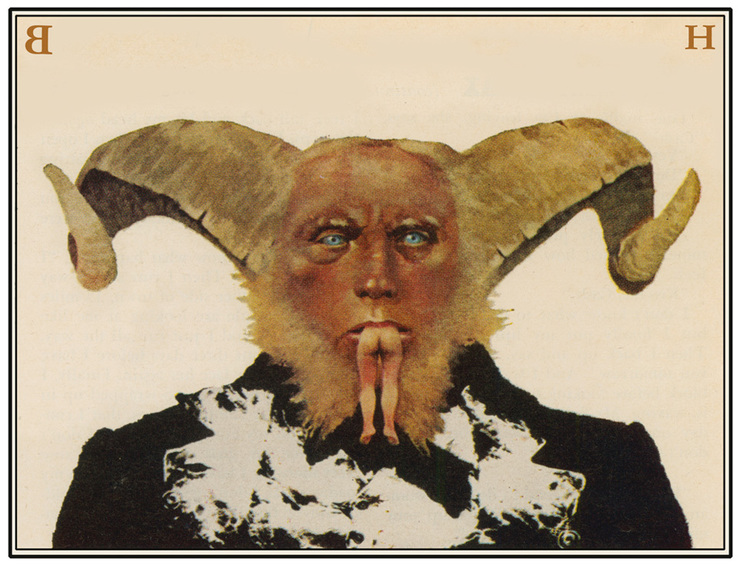 In its prime, Playboy Magazine published a regular feature called Ribald Classics. I called them Dirty Fairy Tales and I cut my teeth in the art business doing monthly pictures for the series. When I started, illustrations were supposed to illustrate. That usually meant visualizing a scene from a text. But I wanted to do something different with pictures and the Ribald Classics gave me the opportunity to try. 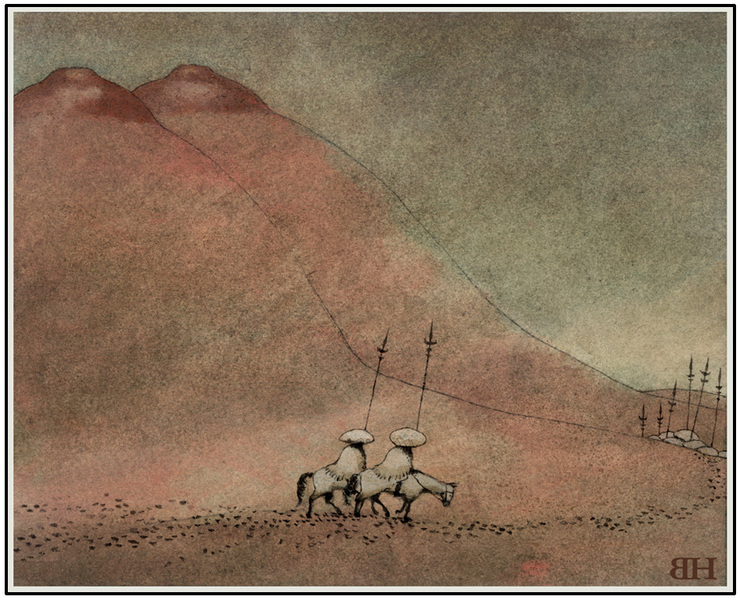 In the beginning, the editors at Playboy weren't used to the kind of things I wanted to do. They expected illustrations to fit the stories like a glove. They thought mine fit like an extra hand. 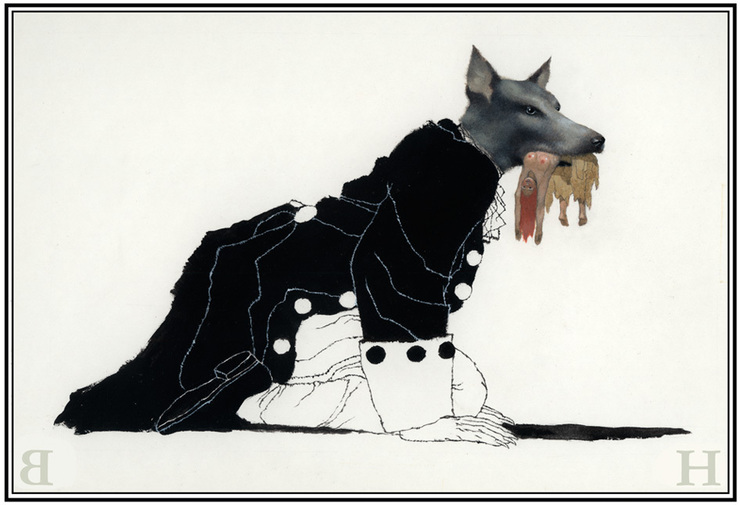 In those days, illustrations for Playboy began in the art department. The staff conceived the ideas, did sketches, got editorial approval, then assigned the jobs to illustrators whose styles they thought matched the concepts. At least that's how the art director explained it to me. 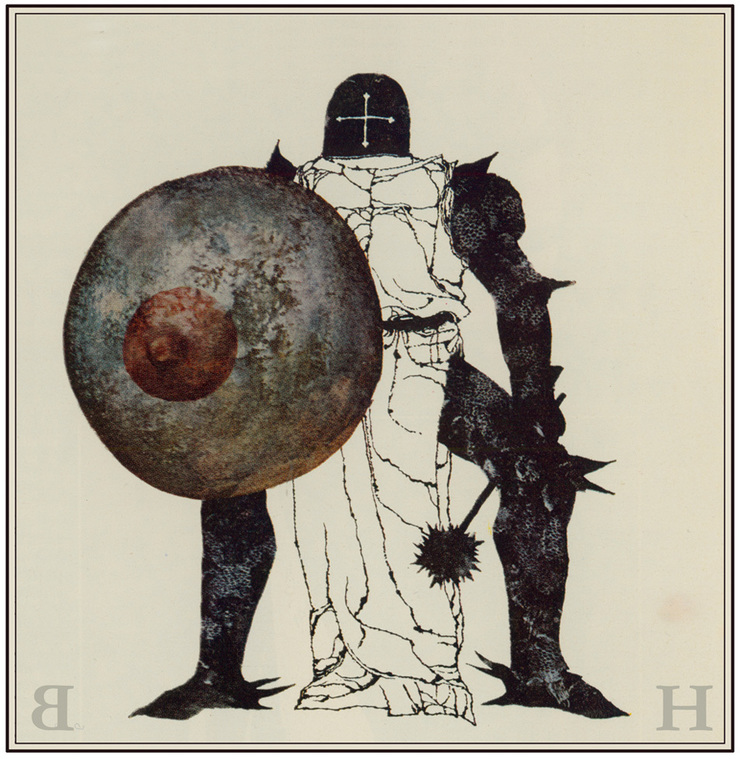 I was reckless enough to tell him I'd only do my own ideas. I fully expected to get the bum's rush. Instead I got a tryout on a double page spread. When I delivered the art, they paid me, published the work with my  picture in the magazine and gave me a green light to start doing the rest of the series my way.

In spite of the smooth take-off, however, the first year was a bumpy one. 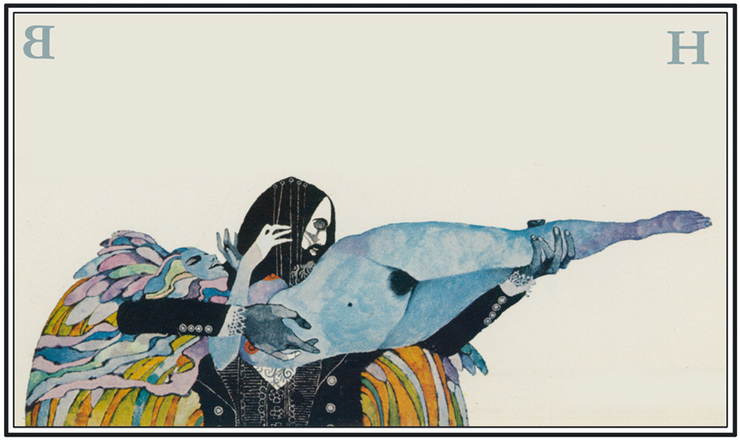 I had the idea that a picture should reflect the artist's personality in the same way that a text reflected the author's. That meant starting from a similar point of view as the author, but not necessarily the same one. Imagine that you've locked me in one room, I said, and the writer in another. You give us both the same assignment, then publish the results. You haven't illustrated the article. You've married the art to the text. 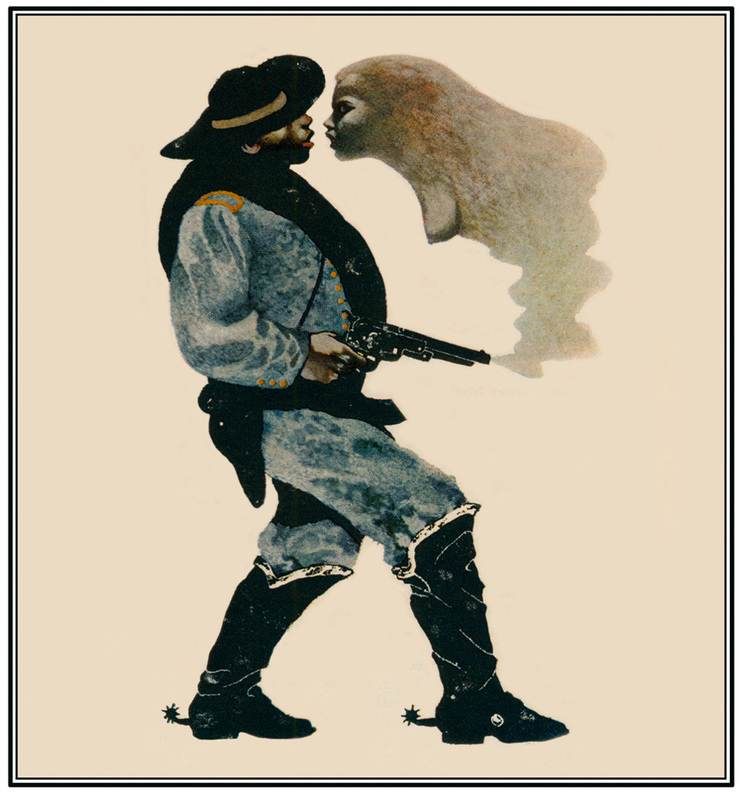 It's an understatement to say that my approach puzzled the editors. Most of them took the conventional view that an artist's commitment to a text could be judged by how well he channeled the writer’s sensibility instead of his own. Nevertheless they gave me the opportunity to try. 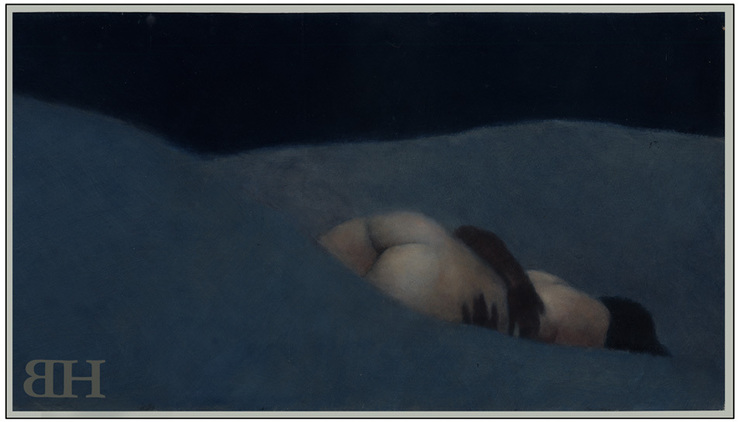 At first, the art directors gave me six stories to work on at once. That was half a year's work.
I liked the idea because first, the money meant I'd be able to buy a bed – at the time I had just moved to New York, was living in a slum apartment on the Lower East Side and had been sleeping on a pile of towels. Having a bed would be a major step up in my life. But there was another reason I liked the opportunity to work on several pictures at once.
It gave me the chance to develop a graphic style to solve a variety of different problems and to see how it would work in those different incarnations. For me, the trick was to see how flexible I could make that style within the limits of the layouts, the nature of the subject matter and the need for a certain consistency in the look of the pictures from issue to issue. 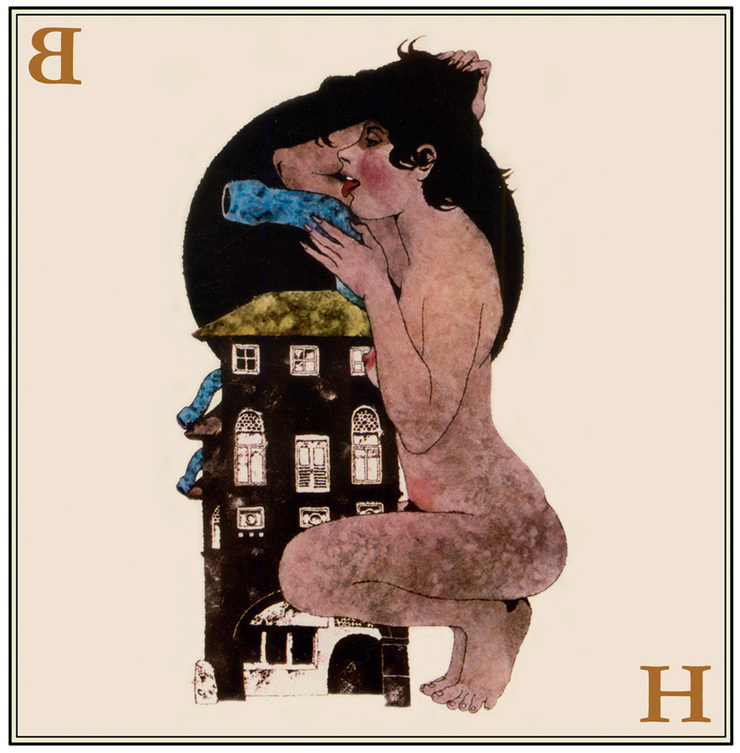 When I delivered the first six assignments, the art directors seemed pleased, but I heard that the editors were grumbling. It seems most of them thought my pictures weren't proper illustrations. Some writers felt the same. One famous author said my pictures made him feel as if he had been slapped between the eyes with a wet fish. Not a bad idea, I thought when I heard that. Where could I get a wet fish?

The brief the editors had given me for the series was simple enough: Illustrate the stories faithfully and make sure the period costumes were accurate. They seemed to think that since the tales were all taken from historical texts, the illustrations should somehow look like period pieces. I understood their reasoning and realized that it was a good editorial concept – except that it didn't interest me. 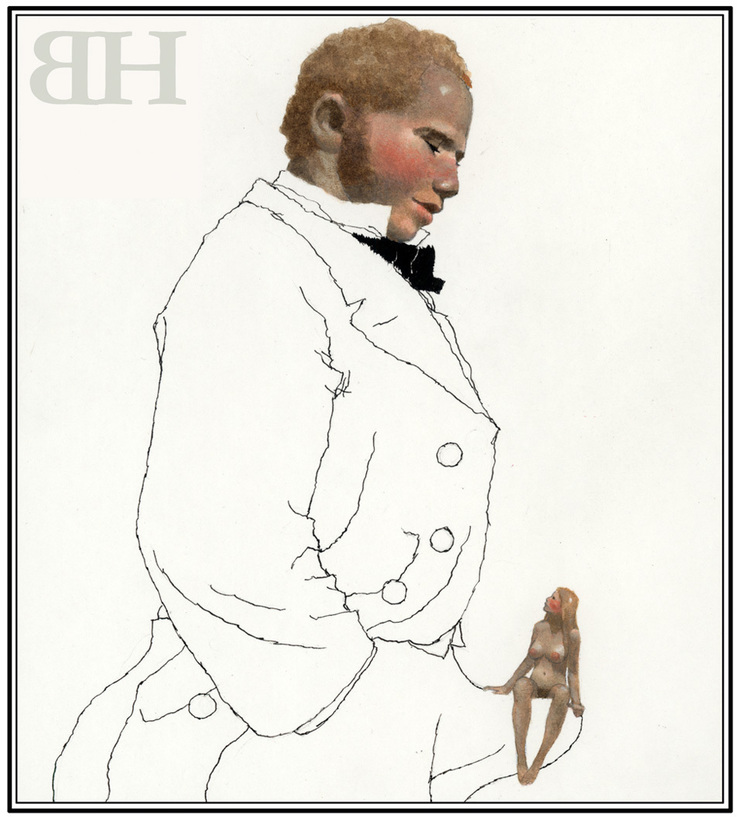 For one thing, I was far more interested in drawing imaginative pictures than in doing historical research. 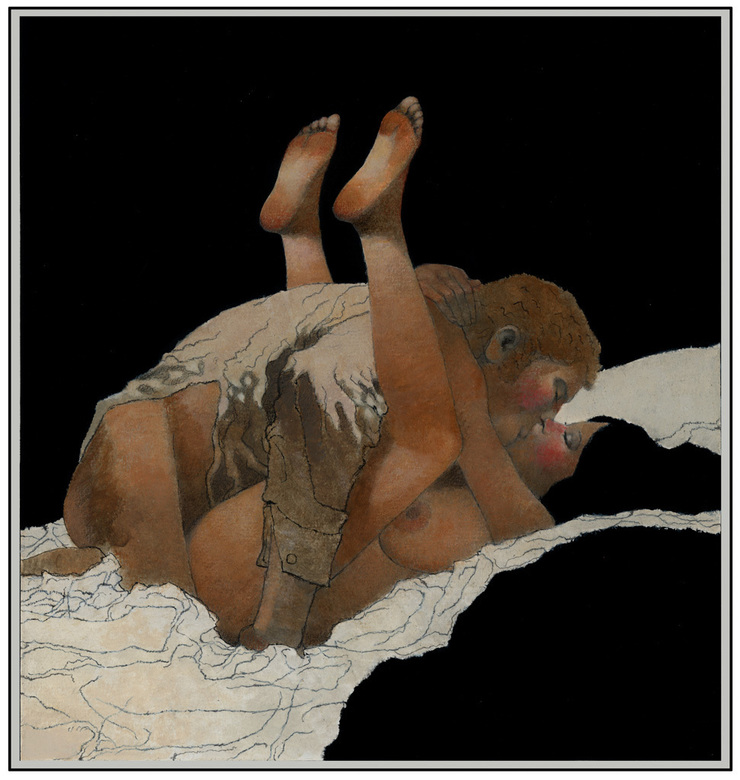 And since the stories invariably involved sexual adventure and misadventure, I soon found that I could dispense with the costumes altogether, except as a graphic element, and concentrate on the figures, preferably naked ones. 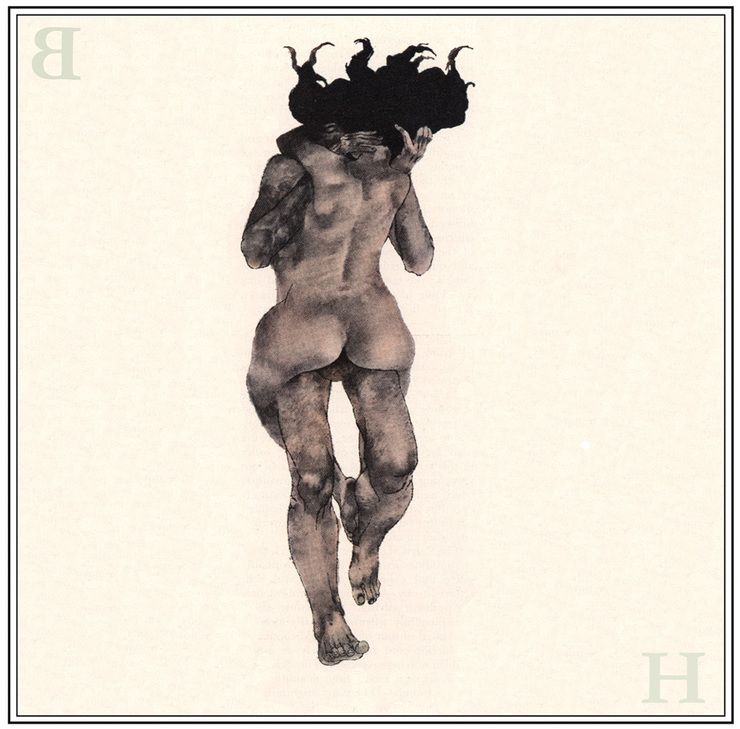 Drawing people without clothes solved one part of the conceptual problem for me. Naked people can't be dated to any particular historical period. That made it easier for readers to see the pictures as contemporary work rather than pieces dug out of an archive. 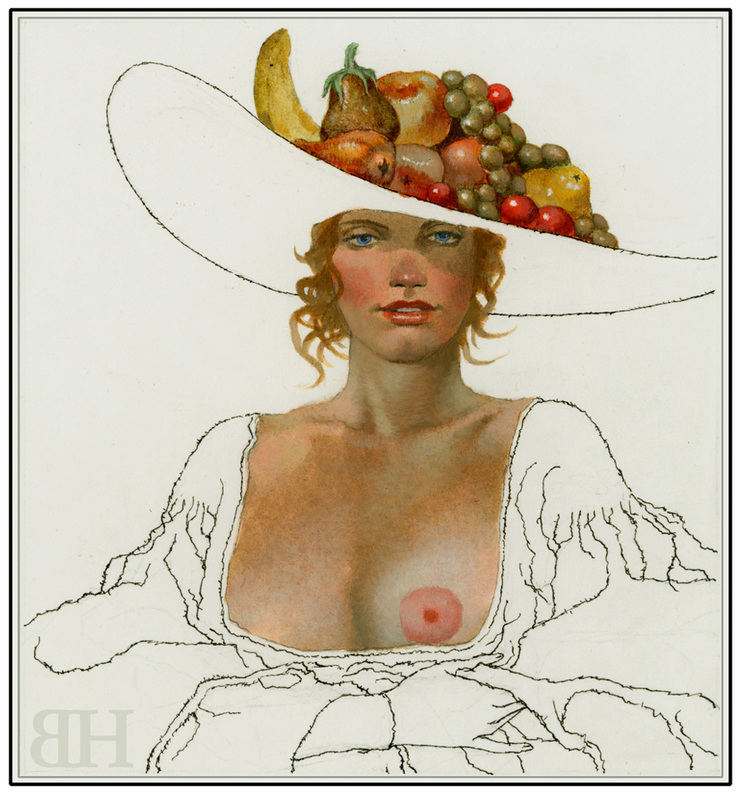 The next step was to get the editors to see the art as a companion to the text rather than an illustration. I knew that would be harder and would take longer. 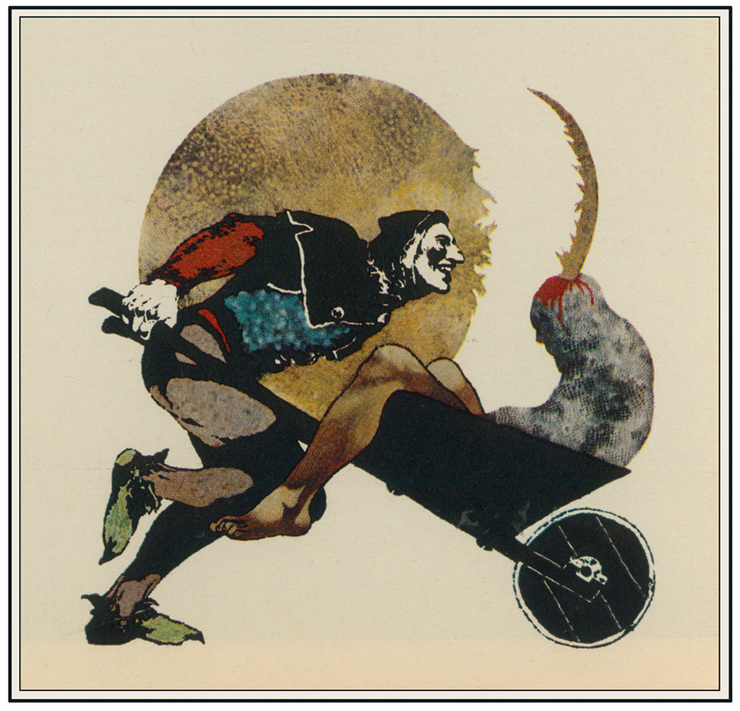 The editors had competing theories as to why they thought my illustrations didn't illustrate. A common theme was that I must not have mastered the art of reading.

Someone said they should boil down the stories for me to a simple paragraph or two, as if I were a second grader or a corporate executive. Others guessed that I just wasn't clever enough to come up with ideas or was merely sending in weird stuff to see what I could get away with. 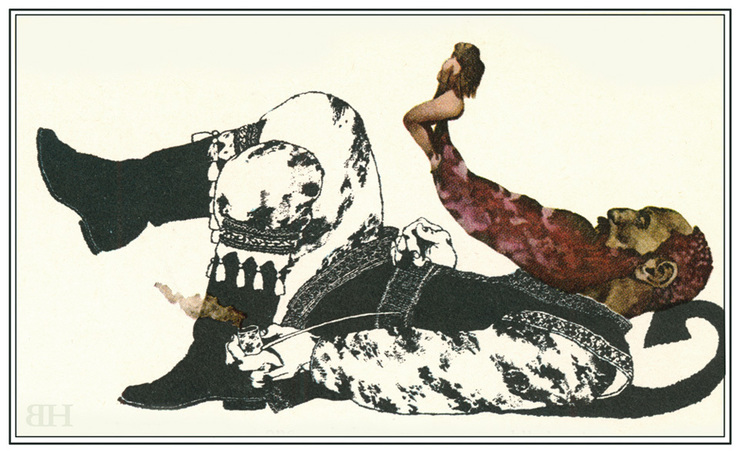 If it hadn't been for the art director's confidence in me that first winter, I doubt that I would’ve lasted. How I did is a different part of the story. I’ll get to that in Part 2. 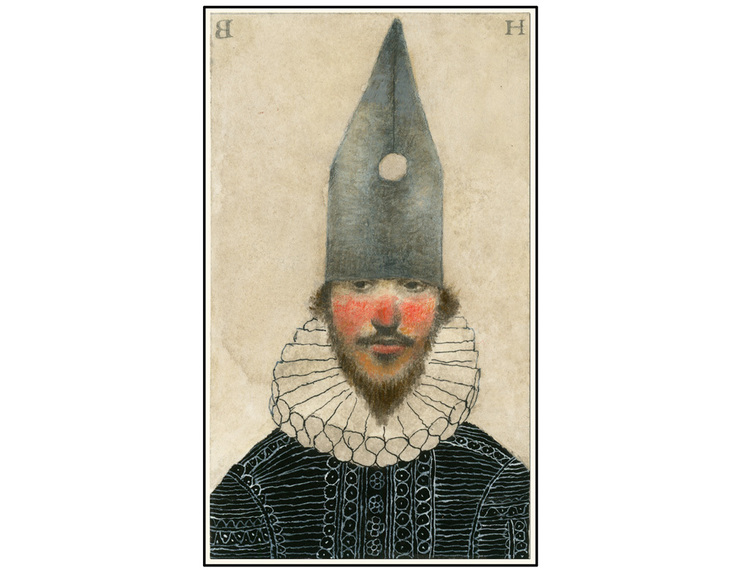