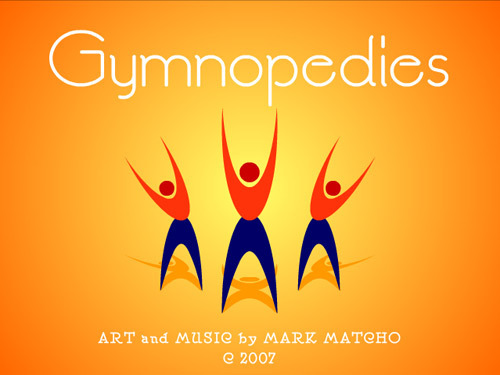 I don't know what a "Gymnopedie" is, exactly, but it sure sounds real classy.
Here's a little Flash sumpin I've been fiddling around with, off and on, the last month or so.

Inspired in part by a coupla Busby Berkeley movies I got into during some downtime after Xmas, and some addled, late-night notions I'd been having about minimalism and symmetry.

The title is after Erik Satie's 3 Gymnopedies, which I originally wanted to use as the soundtrack. I abandoned that idea after realizing I didn't have a hope in hell of figgering out how to sync the animation to it, and I ended up doing my own music bed in GarageBand, at a reliable and trustworthy 120 bpm.