Once more with feeling. 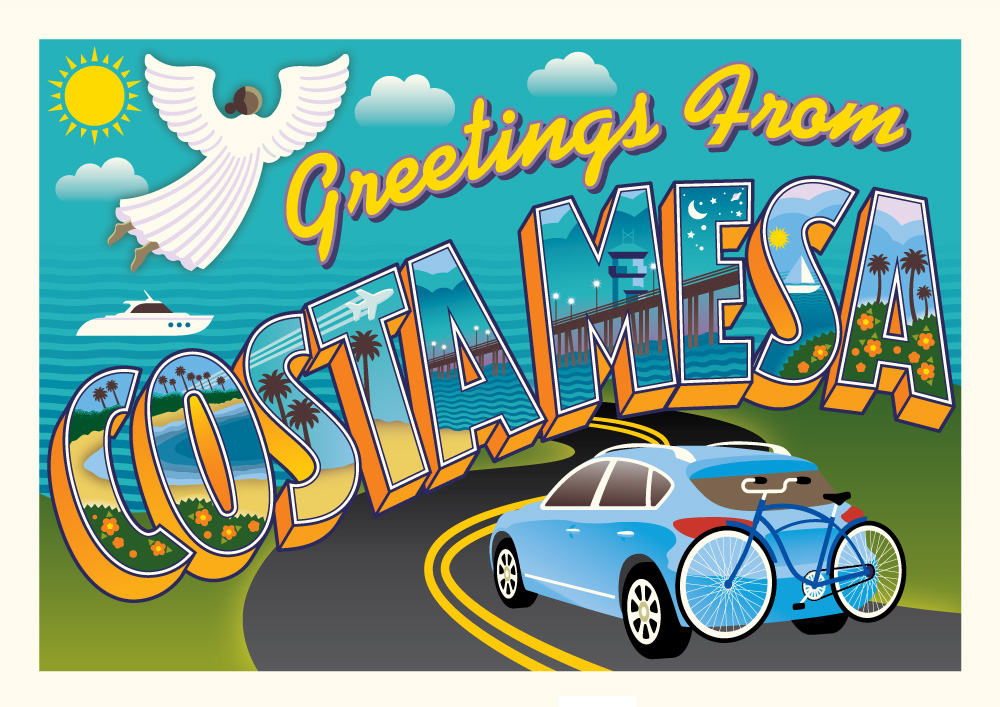 So, another large letter postcard job came in. That's four in one year, each an opportunity to fall on my face for parodying a classic genre. Here's a post with a bunch of them. I have to credit AD Doug Snyder at Guideposts for knowing what he wanted and trusting me. 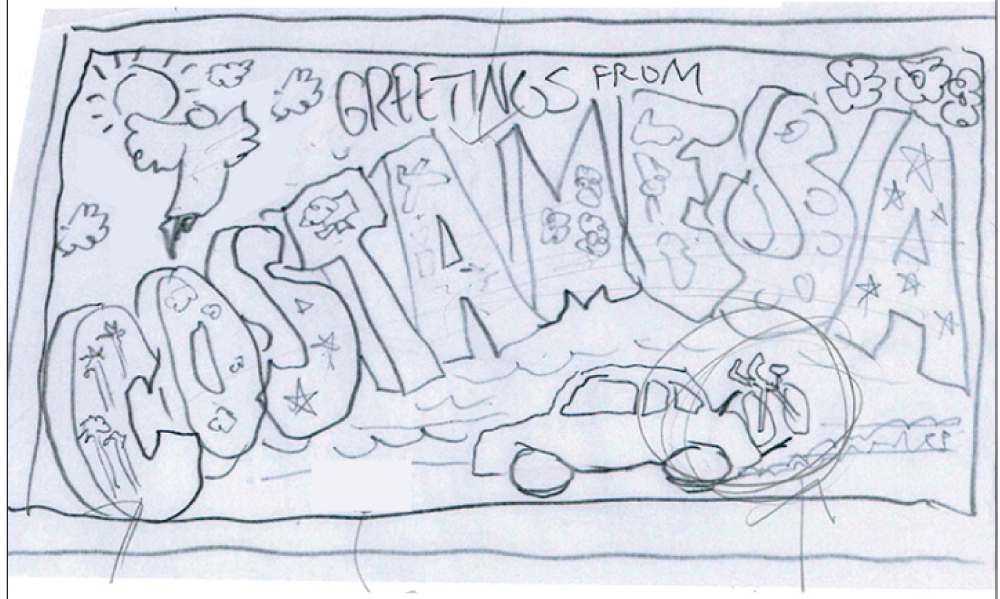 I didn't even have to do a rough for this one. Doug gave me a beauty with everything I needed, including the sun, angel, clouds, car with bicycle and, of course, the words "Costa Mesa" filled with a delightful Southern California beach scene. 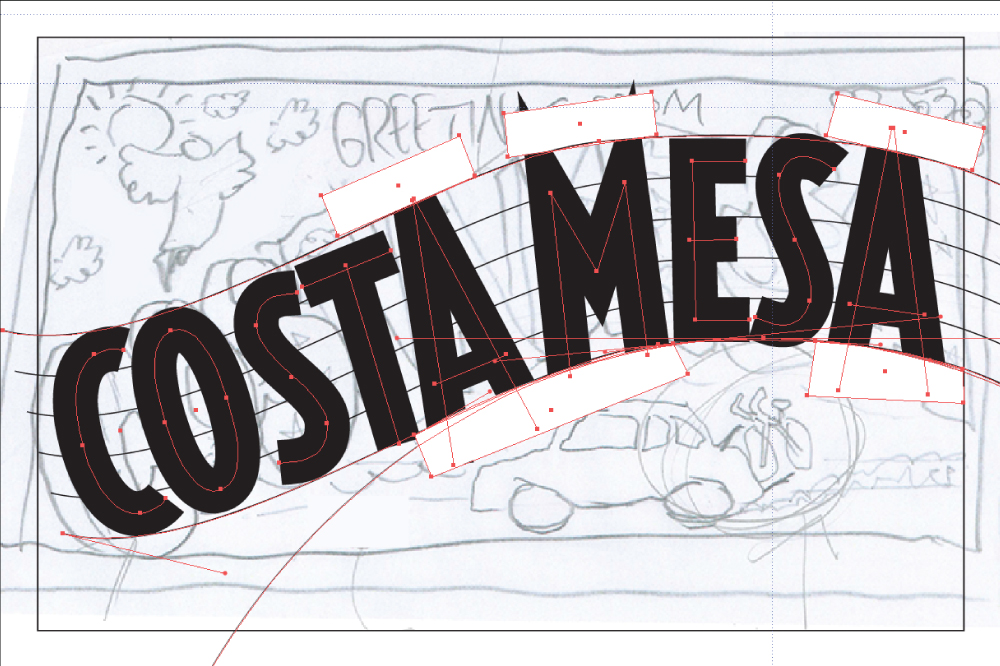 My first step was to make the letters out of single weight strokes, fat enough to fill with a picture but, fine enough to be readable. 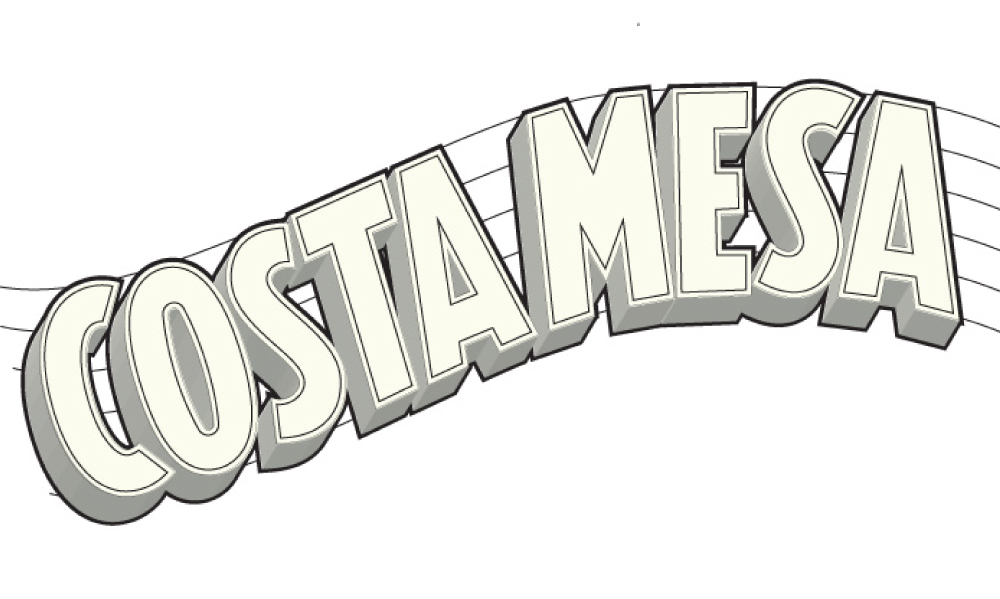 A little (maybe a lot, actually) of fiddling around in Illustrator resulted in these nice dimensional characters ready to accommodate the imagery. 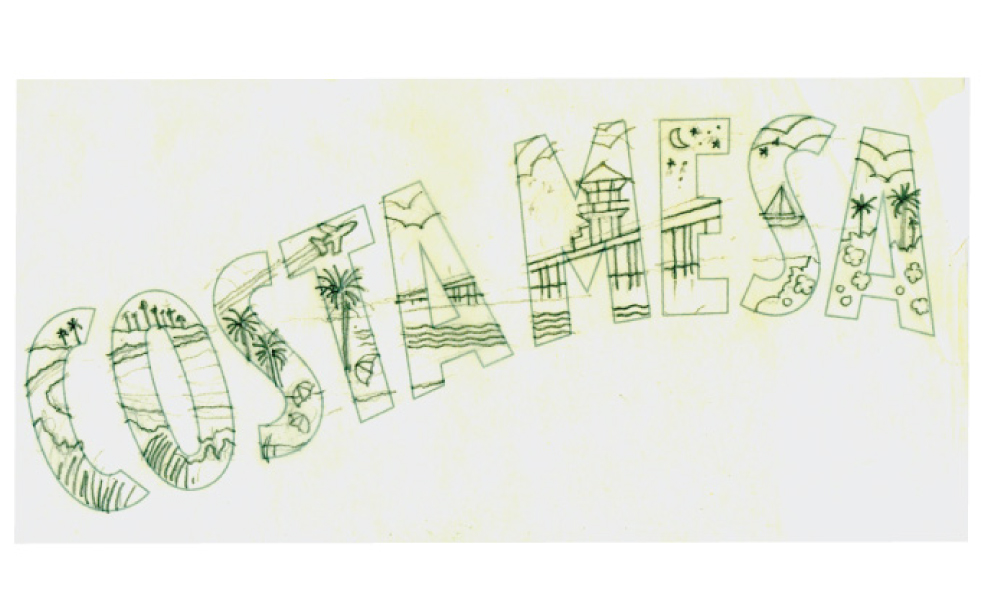 Working in pencil! That's right. Determining how the imagery could be cropped by the letters but still hold together as a montage. 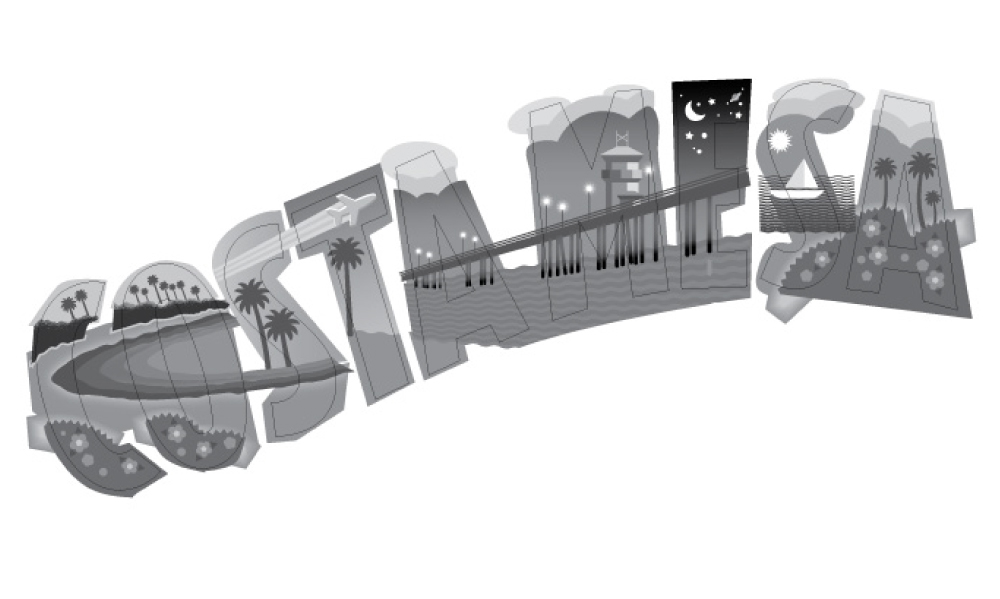 The final beach scene drawn over guides to the character shapes. 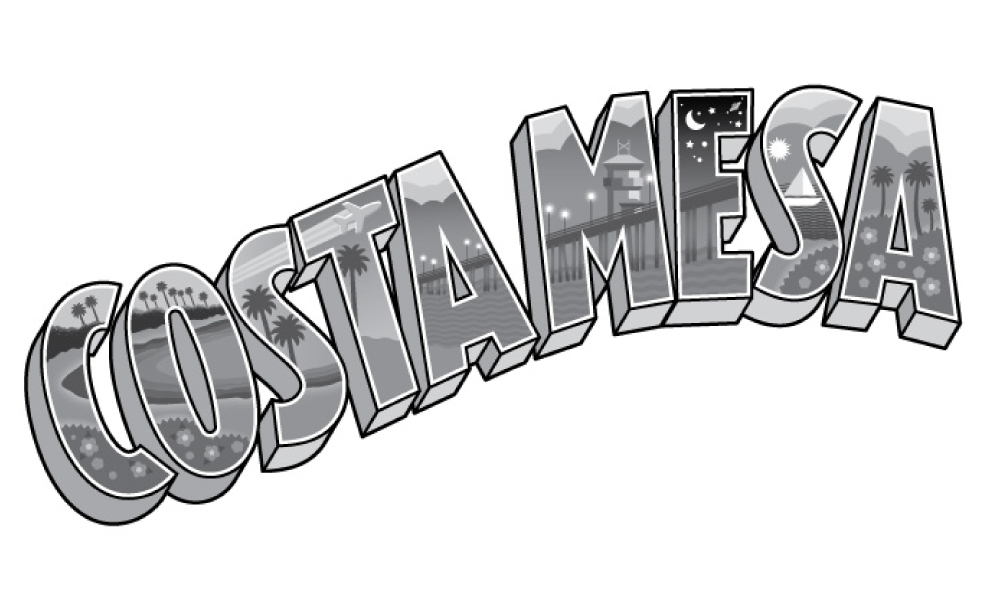 Voila! Cropped and contained within the letters. 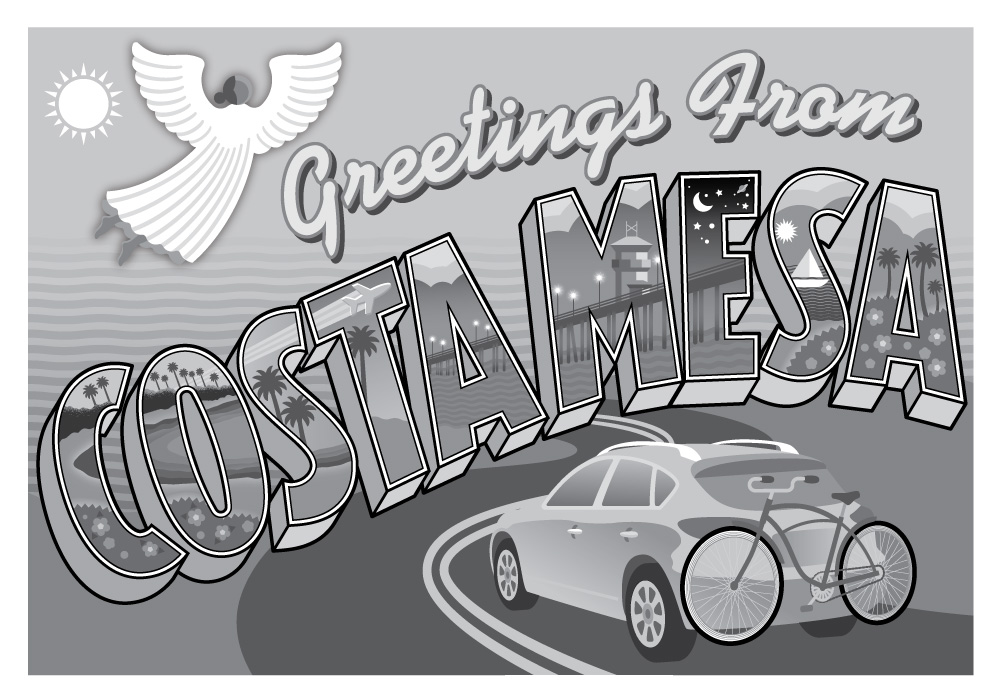 Always work out a final grayscale version to make sure everything reads. Particularly pleased to get a plug in for the Infiniti EX35 in which I'll be picked up at the Scarsdale train station this evening.
Latest
Still here still life. The way I see it. A font is born. The journey continues A bit of Ancient History I know I'm fakin' it Once more with feeling. Tanks for the memories. Voulez vous coucher avec moi ce soir? A gift from Macy's
Topics
Topics
For one and all Typography
Archive
Image Galleries
look familiar? by the numbers smiling faces...sometimes it's all here in black & white
© 2023 Daniel Pelavin