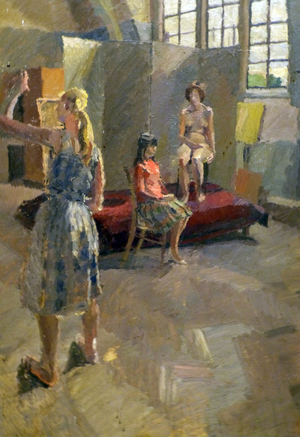 http://www.pinterest.com/arasarasint/
Are you the son of George Howard the jeweller of Shepherds Bush who painted this in the‘ 50’s and if so, could you tell me something about it? – it’s the Life Class at Camberwell and I haven’t seen it since it was sold off the easel to George’s friend, chararismatic criminal, Arthur Suttee who later introduced me to Freud and Bacon at the Colony Club. I last saw him at Georges funeral in Mortlake around ’88. He later got 10 years and I’d moved to New York. The painting is now , after 50 years, luxuriating amongst this outstanding collection of mostly British Artists- check the link above.The same week,-  are you the JHH who did this beautiful piece we just purchased for our new place in Pennsylvania and if so, could you tell us something about it? WOW! Commissioned and painted  in '88 in a borrowed basement of benefactor Mike Ephron for beautiful socialite Sheila in Westchester it included friends, Truman Capote ,Diana Vreeland , my wife to be’s back and my alter ego, the rosy gentleman waitng for the cheque and dinner at some flash restaurant. I threw in the Morris Louis as a gift (and a filler). It’s really reassuring to see the children doing so well! 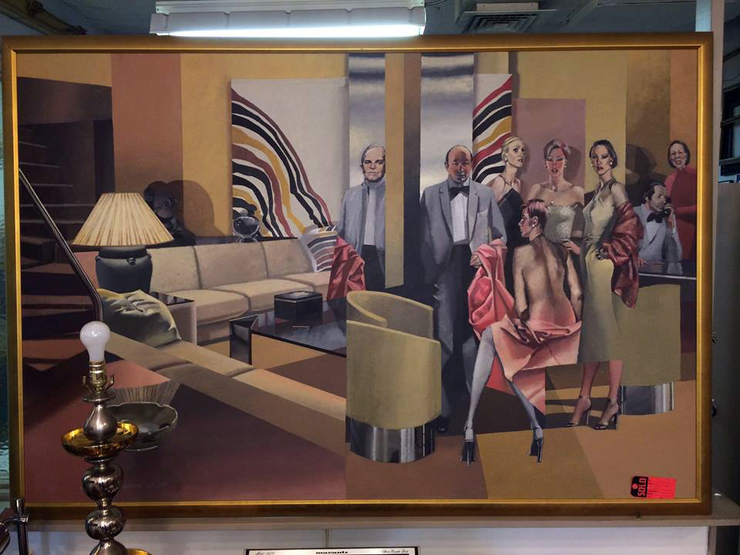